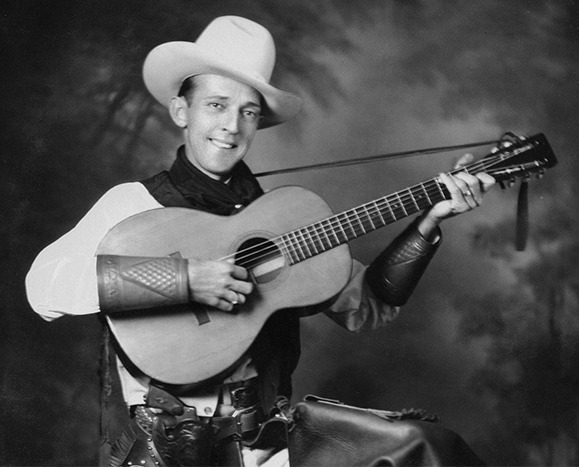 James Charles Rodgers (September 8, 1897 – May 26, 1933), known professionally as the “Singing Brakeman” and “America’s Blue Yodeler,” was the first performer inducted into the Country Music Hall of Fame.

He was honored as the Father of Country Music, “the man who started it all.” From many diverse elements—the traditional melodies and folk music of his southern upbringing, early jazz, stage show yodeling, the work chants of railroad section crews and, most importantly, African-American blues—Rodgers evolved a lasting musical style which made him immensely popular in his own time and a major influence on generations of country artists.

Jimmie Rodgers’s impact on country music can scarcely be exaggerated. At a time when emerging “hillbilly music” consisted largely of old-time instrumentals and lugubrious vocalists who sounded much alike, Rodgers brought to the scene a distinctive, colorful personality and a rousing vocal style which in effect created and defined the role of the singing star in country music.

This musical is the result of years of reasearch into the life and times of Jimmie Rodgers, the man known worldwide as the Father of Country Music, and as underscored by the Country Music Hall of Fame, Jimmie clearly was, ... "the one who started it all.

The story and songs cover the last thirteen years of Jimmie's life from when he first became engaged to Carrie Williamson, to those sorrowful last days of his life in New York City, ending up with one last train ride back home to Meridian, Mississippi.